Big Update! Light at the End of the Tunnel!

I do realize that I never updated you after the NIH trip to Bethesda, MD.  It was such a rough recovery after coming home that I was just too sick to do so.  As it turns out my adrenals were shot and I had nothing to withstand the stress of travel.  So daily I laid on the couch moaning in stomach pain, and fighting nausea, many times vomiting and diarrhea.  After 2 months of this, I ended up in the ER and explained that I thought it was an adrenal crisis and to give me a hydro-cortisone shot which indeed helped stop the situation.  This after having had my stomach and colon scoped just to make sure this had not been a GVHD attack.  It wasn't. 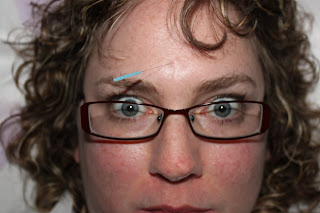 Photo of me getting acupuncture at NIH in Bethesda.  First time :)  Since coming home I've had a very good acupuncturist work on me.  It's actually quite relaxing after the initial pokes!  A TIME magazine feature on chronic pain noted that the only effective alternative therapies for chronic pain were physical therapy, massage, acupuncture and yoga, and biofeedback, as well as two Chinese herbs that were found to be more effective than a rheumatoid arthritis medication. The names of the herbs elude me at the moment, but you can find more info at the link to the article.


So despite the hardship that was going to NIH, the resulting information and clarity was helpful in that they showed me what was and what wasn't GVHD in the body.  I have GVHD but limited to my skin and oral mucosa.  That is great news!   All the other stuff I've dealt with over the last 2 and a half years has been due to medication side effects and adrenal insufficiency.  Not so great, but something we can work with and hopefully overcome.


So ever since my birthday, I have felt like my old self which is really saying something since I just turned 40.  My energy is so much better and after some regular acupuncture and massage I have been regaining my muscle activity and sensations in my feet.  I started walking and am utilizing my former walk-to-run program which I invited everyone who wants to join me (we're just starting Week 3 now, but you can join anytime and start at Week 1)...I made a Facebook Page which has the schedule for the program and other tips and encouragements along the way:  Join my Walk-to-Run in 18 weeks group on Facebook


The other great news is now that I'm feeling better, we're able to serve the Lord in new ways that I didn't think possible just a couple months ago.  Friends of ours from church, named Gentry and Luis Zuzunaga, are adopting a 3-year-old girl from Russia who has down syndrome.  They've fallen for this sweet, adorable child named Maria, and feel God is calling them to bring her home.  Since we cannot adopt at this time ourselves, we would love to do everything we can do live out the verse in James that says,  "Religion that God our Father accepts as pure and faultless is this: to look after orphans and widows in their distress and to keep oneself from being polluted by the world."

What better way to do that then to help out a 90-year-old woman with her home repair needs while raising money toward the $20,000 needed to bring Maria home.  Mike, Adam, Trevor and I plan to do just that.  We're teaming with the Zuzunaga Family and a ministry called Both Hands (one for the widow and one for the orphan).  Please consider sponsoring the English Family in our project to help Louise, a local 90-year-old woman who served the Lord many years as a missionary and who has many home repair needs to be attended to by our team.  The money raised will go to bring Maria home to the Zuzunaga Family.  To learn more about this project, about Louise, Maria and the Zuzunagas, as well as making a donation to support us visit: http://bothhandsfoundation.org/luis-and-gentry-zuzunaga.aspx  - Your prayers are very much appreciated! 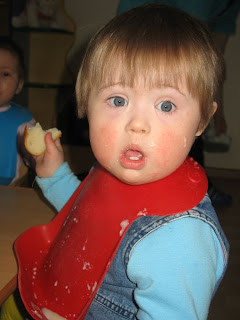 P.S. Some of you will be receiving a letter in the mail with our flyer and a section to cut off and send in if you'd like to support us in this ministry. If you want to support the Zuzunagas through us, but don't receive a letter, you can do it through the link above. It's all to bring Maria home and help Louise!
Posted by Unknown at 6:47 PM 2 comments: 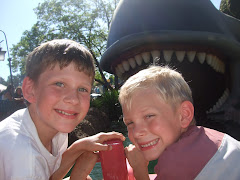